Elad is an active member in international and and local (Israeli) research projects. The outcome of some of these project are reflected in the publication section.To name a few:

Fiware4Water – member of the project’s advisory board
FIWARE is a smart solution platform, funded by the EC (2011-16) as a major flagship PPP, to support SMEs and developers in creating the next generation of internet services, as the main ecosystem for Smart City initiatives for cross-domain data exchange/cooperation and for the NGI initiative. So far little progress has been made on developing specific water-related applications using FIWARE, due to fragmentation of the water sector, restrained by licensed platforms and lagging behind other sectors (e.g. telecommunications) regarding interoperability, standardisation, cross-domain cooperation and data exchange. Fiware4Water intends to link the water sector to FIWARE by demonstrating its capabilities and the potential of its interoperable and standardised interfaces for both water sector end-users (cities, water utilities, water authorities, citizens and consumers), and solution providers (private utilities, SMEs, developers). (Fiware4Water)

optiEDS – Event Detection System
Water quality monitoring is one component of a Contaminant Warning System (CWS) and consists of a network of monitoring locations throughout the water distribution system. Each station contains a suite of sensors that measure standard water quality (WQ) parameters such as chlorine, total organic carbon (TOC) and pH. A growing body of data demonstrates that deviations in one or more WQ parameters from an established base-state can provide early warning of contamination. However, the normal variability in distribution system water quality, coupled with the large amount of data, makes it a challenge to successfully detect transient contamination incidents (USEPA EDS challenge). optiEDS

Battle of the Water Sensor Networks
The Battle of the Water Sensor Networks (BWSN) will objectively compare the performance of contributed sensor network designs, consisting of a set of sensor locations. Independent research teams and practicing engineers will contribute their designs for two different water distribution networks. Each team will be asked to develop designs according to a precise set of rules to facilitate design comparisons. These rules specify the design performance metrics, the characteristics of contamination events, and the detection technology used to raise an alarm.

POWADIMA
The aim of the POWADIMA research project is to establish the feasibility of introducing optimal, real-time control of water distribution networks. Since demand is fluctuating continually, it is necessary to adjust the control apparatus frequently if optimal or near-optimal control is to be achieved. The objective function is to meet the forecast demands at minimal operating cost, subject to operational constraints such as statutory minimum pressure, minimum acceptable flow to avoid stagnation etc. This implies minimizing pumping costs which are the largest component of the operating cost (hence the acronym POWADIMA).
(European Commission Fifth Framework, Contract NO. EVK1-CT-2000-00084) 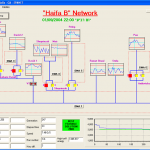 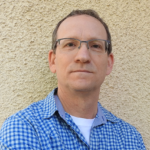